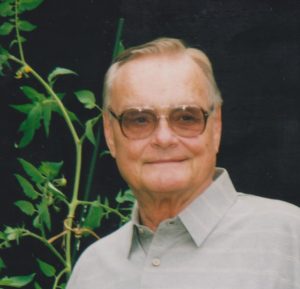 Norman K. Risjord, age 87, died on January 31, 2019. Norman was born in Manitowoc on November 25, 1931, and grew up in Kansas City. He attended the College of William and Mary, 1949-53, was elected to the Phi Beta Kappa society in his junior year, and was a three-year letterman on the varsity swimming team. He served in the Counterintelligence Corps in Berlin, 1954-56, and returned to school at the University of Virginia where he earned his Ph. D. in 1960. His research and writing was in the field of early American history, specializing in the birth and development of political parties after the Revolution.

His first teaching job was at DePauw University in Greencastle, Indiana. In 1964 he was invited to joint the history faculty at the University of Wisconsin. In his first year in Madison he won the Kiekhofer Award as “best teacher” in the university. Beginning in 1967 Wisconsin Public Radio broadcast his classroom lectures, and it continued to do so periodically until 1989. He was twice awarded Fulbright Lectureships at universities in Uppsala, Sweden (1968) and Singapore (1983-84). He served as a visiting professor at Columbia University (1966), Dundee, Scotland (1973-74), and the U.S. Naval Academy (1989-90).

In 1979, after publishing his second research book, Chesapeake Politics, 1780-1800, a study of the evolution of political parties in Maryland, Virginia, and North Carolina, he wrote a textbook on American History for use in secondary schools. He followed that in 1984 with a college-level textbook.

After his retirement in 1993, Norman applied his love of teaching as a volunteer under the auspices of PLATO (Participatory Learning and Teaching Organization). He continued in that highly satisfying role until within 3 months of his death. His lectures were very popular, and after outgrowing facilities in the Madison Senior Center and Capital Lakes, his class ended up in the fine auditorium of Oakwood Village West. His teaching career lasted a total of 60 years.

In his retirement years he decided to undertake the writing of history for a general audience. He began with a book of biographical sketches that grew out of a course he taught at the university, Representative Americans. It grew into six volumes stretching from the Colonial Period to the Twentieth Century. He then became interested in his native area, the upper Mid-West, and he published popular histories of Wisconsin, Minnesota, the Dakotas, and Lake Superior. By the time he died he had written more than twenty books on American History.

Norman and Connie resettled in the retirement community at Oakwood in 2012. He died in the loving care of his wife of 59 years, content with a highly eventful and richly satisfying life.

Norman is survived by his wife Connie; his brother John; his son Mark and Mark’s wife Barbara; and two granddaughters, Andrea and Hannah.  He is also survived by Jacqueline, widow of his son Eric, who preceded him in death.

This obituary is available on line at: http://www.gundersonfh.com/obituaries/Norman-K-Risjord?obId=4079264#/celebrationWall.