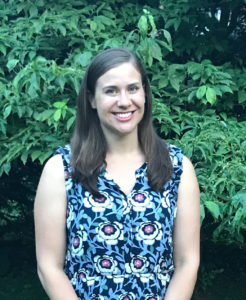 I am a historian of the Atlantic World, focusing on comparative histories of slavery and indigenous peoples in the Americas. I recently completed my PhD at Columbia University with funding from Fulbright, FLAS, the London School of Economics and the Folger Shakespeare Library Seminars.

My book manuscript describes the paradox of how indigenous autonomy from colonial powers often made native people the target of enslavement. In the seventeenth century, many European maps featured the label “Caribana” inside the Caribbean coastline of South America. To English, Dutch, and French colonists, Caribana denoted a space where they sought native alliances with “Caribs” (Kalina and Kalinago peoples) against the Spanish. These colonists spread rumors that the native people were cannibals and fierce warriors, but nevertheless hoped to win sovereignty over them. The Kalina, Kalinago, and other native groups, however, considered the colonists the cannibalistic and predatory party. The indigenous Guianas and southern Antilles were more connected and independent than Europeans imagined in their cartography. Native merchants and warriors only selectively allied with colonists, preferring to rely on their own military and diplomatic networks. As colonies grew larger and more aggressive, native partnership and trade often turned into resistance and violent battles. Native war captives were sold to colonies such as Barbados, Curaçao, and Suriname. Colonial laws eventually attempted to limit native enslavement more than African enslavement, realizing its proximate connections to colonial warfare and instability. Yet, indigenous captives were not freed. Both enslaved natives and African peoples suffered from increasingly racialized and institutionalized forms of slavery.

During my OI-NEH fellowship, I will learn how to digitally map the movements, consolidations and networks of indigenous people in the Guianas. One of my aims is to publish these maps online as interactive and accessible features of my research. These maps will help illustrate a geographical space unfamiliar to many students and readers and present both archeological and historical markers of space. I am also investigating native oral traditions and French archival sources to complement my previous research in English and Dutch archives.