W&M’s Equality Lab and the Omohundro Institute welcomed Elizabeth Maddock Dillon and Alanna Prince of Northeastern University on April 15 and 16, 2019, for a look at the theories, practices, and practical questions encountered when constructing the Early Caribbean Digital Archive (ECDA).

Tuesday‘s workshop provided hands-on examples of how choices in software and technological approach can work to support interactive engagement and decolonize knowledge.

Elizabeth Maddock Dillon and Alanna Prince explore the theories and practices of the Early Caribbean Digital Archive (ECDA), with a focus on the deeply colonial nature of existing archives and strategies for decolonization. Plantation slavery and settler colonialism are defining aspects of the early Caribbean—both sit at the origin of the modern capitalist world. The texts and images collected in the ECDA tell the story of European imperial domination, and of the enslaved African and Indigenous American people whose lives, labor, and land shaped the culture and development of the Atlantic world. The ECDA aims to foreground the centrality of enslaved and indigenous people in the early Caribbean through innovative use of digital modes of “remix” and “reassembly,” reshaping knowledge production and participatory engagement with early Caribbean histories.

“Many Hands in the Archives: De/Re-Constructing Colonial Knowledge”

How do we disrupt the colonial knowledge structures of the archive?  What are the digital means of doing so?  In this presentation, we share the history of the development of the Early Caribbean Digital Archive, including our initial use of the Omeka platform, our move to a WordPress platform, our collaborative work with the Digital Scholarship Group in the Northeastern Library, our partnership with Caribbean scholars, and our efforts to support interactive engagement with the archive, particularly with respect to decolonizing knowledge. In a workshop format, we share hands-on ways in which teaching partners and researchers can participate in the work of the ECDA. 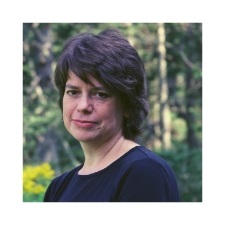 University as well as founding co-director of the NULab for Texts, Maps, and Data, Northeastern’s digital humanities center. Her work centers on early American and Atlantic world literature, with a particular focus on performance and print culture. Her most recent book, New World Drama: The Performative Commons in the Atlantic World, 1649-1849 (Duke UP, 2014) explores the diverse publics and “collective bodies” that formed around the theatre in the Atlantic World during the 18th century. As co-founder and co-director of the Early Caribbean Digital Archive, she has spearheaded efforts to make the history and literature of the early Caribbean accessible to students and scholars across the globe. Alanna Prince is a second year Ph.D. student in the English department at Northeastern University. Her research centers on Black literature with a focus on archival theory, gender and sexuality, and visual culture. Prince earned her BA in Art & Visual Culture and Women, Gender, & Sexuality Studies from Bates College in 2013. Prince is the project manager of the Early Caribbean Digital Archive where she takes a particular interest in equity, metadata and meta-archival discourses, as well as the potential for remix and re-assemblage of material in the archive.