Offered to the W&M campus each fall, the Vast Early America Lecture series features a scholar, often an OI author, whose work has strong cross-disciplinary appeal. While created with the William & Mary student and faculty community in mind, the lecture is open to all.

RESCHEDULED FROM FALL 2022! Join us on Tuesday, April 18, 2023, on the campus of William & Mary as we welcome OI author Eliga Gould (University of New Hampshire). Time and place will be posted shortly.

A New Order for the Ages? The Articles of Confederation

With the Declaration of Independence, Americans began creating a new federal union based on the Articles of Confederation. That effort is generally viewed as a failure, yet as Professor Gould will suggest, the American Confederation produced several noteworthy innovations, including the expansion of religious liberty, the first efforts to abolish slavery, and the Northwest Ordinance.  Meanwhile, the Treaty of Paris (1783), which ended the Revolutionary War, led to a new round of treaty making in Indian country, while it forced Congress and the states to grapple with the legal status of overseas debtors and loyalists.  Together, the Confederation and the Treaty produced a dizzying range of possibilities — a new order for the ages.  The legacy of that new order, for good and for ill, is with us to this day. 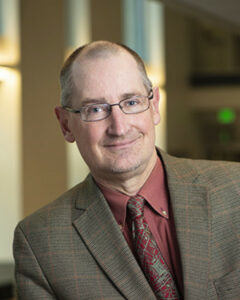 Eliga Gould is Professor of History at the University of New Hampshire.  His books include The Persistence of Empire: British Political Culture in the Age of the American Revolution(2000), winner of the Jamestown Prize from the Omohundro Institute; Empire and Nation: The American Revolution in the Atlantic World (2005), co-edited with Peter S. Onuf; Among the Powers of the Earth: The American Revolution and the Making of a New World Empire (2012; Japanese trans, 2016), co-winner of the Society for Historians of the Early American Republic Book Prize, as well as a finalist for the George Washington Book Prize and a Library Journal Best Book of the Year; and The Cambridge History of America and the World (2021), volume 1, co-edited with Paul W. Mapp and Carla Gardina Pestana.  He is currently finishing Crucible of Peace, a global history of the least studied of the United States’ founding documents:  the Treaty of Paris that ended the Revolutionary War.

On October 8, 2019 we welcomed OI author Cameron Strang (Frontiers of Science: Imperialism and Naturalism in the Gulf South Borderlands, 1500–1850) for a talk aimed at historians and non-historians alike.

In “Between Reconnaissance and Removal: Indian Explorers in the American West,” Professor Strang (University of Nevada, Reno) explored how when faced with the prospect of Removal in the early 1800s, several Native Americans in the eastern United States launched expeditions into the trans-Mississippi West in search of new opportunities, alliances, and homelands. He examined how these Natives explored the West as a creative adaptation to U.S. imperialism and, in the process, generated knowledge about landscapes and peoples that informed the western movements of a wide variety of white, black, and Native easterners. We are grateful to the American Studies program and the History and English departments at William & Mary for their support of this lecture.

Professor Little delivered “Saints and Sisters Reconsidered: Centering Catholic Women’s History in Early America.” The lecture followed a morning Wikistorm, also organized in honor of Mary Maples Dunn, (1931-2017), who served as President of Smith College and Director of the Schlesinger Library at Harvard and was also a W&M alumna, early American historian, and OI Council and Board member (1974–1980). The Wikistorm inaugurated an OI-led effort to add entries about 100 women from early American history to the online encyclopedia by the end of 2018.

Forty years ago in “Saints and Sisters:  Congregational and Quaker Women in the Early Colonial Period,” Mary Maples Dunn argued that Quaker women had powerful voices within their congregations but remained marginal in American society, while Congregational women were “disciplined to silence,” and their example became the dominant one in American religious history. But what happens when we include Catholic women’s history and #VastEarlyAmerica in our view?  In the 2018 lecture, Ann Little considered what the example of Catholic religious women’s leadership means in the long history of women and religion in North America.

On October 2, 2017, we welcomed Robert Morrissey, Associate Professor of History, University of Illinois, for a talk titled “Hiding in the Tallgrass: Art and Identity at the Center of Early America.” Professor Morrissey’s talk focused on a group of Native American hide paintings dating from the 17th century now housed in Paris. Regarded as some of the most beautiful examples of indigenous bison hide art ever collected in the contact period, these objects have been appreciated by art historians, but often ignored by historians. By exploring several mysteries about these fascinating robes, Professor Morrissey revealed the story that these objects tell about a crucial but overlooked center of power in early America. We are grateful to the American Studies program and the History and English departments at William & Mary for their support of this lecture.

The first Vast Early America Lecture took place on September 19, 2016. Miles P. Grier, Assistant Professor of English, Queens College, City University of New York, gave a talk titled “Inkface: or, Learning to Read Racial Character in the English Atlantic.” Professor Grier’s talk blended aspects of the history of slavery, tattooing, stage cosmetics, and the properties of inks and dyes—as they bear on day-to-day life in England’s Atlantic empire. We are grateful to the American Studies program and the History and  English departments at William & Mary for their support of this lecture.